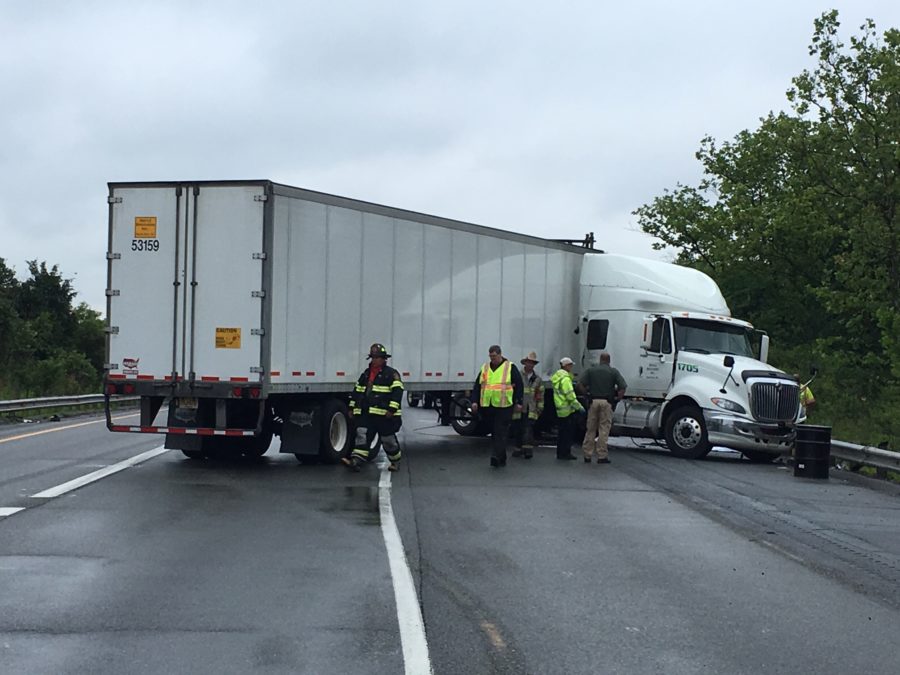 Most Common Causes of a Jackknife Accident

A jackknife accident happens when a vehicle towing a trailer skids, causing the trailer to push the towing vehicle, such as the cab of a semi-truck, and the trailer to fold inward, resembling a folding pocket knife. A jackknifing truck and trailer can lead to a variety of dangers, including other vehicles being hit as the trailer swings out and in many situations, the trailer may span out over several lanes, which leads to other accidents as vehicles try to avoid the trailer. A jackknifed truck is also at risk of flipping, which leads to the cargo spilling or potentially catching fire. Here are some of the most common causes of truck and trailer jackknifing.

The weight and size of semi-trucks require a significant amount of force to stop, especially when the truck is speeding. When a semi-truck is traveling at high speeds, the driver may have to slam on the brakes in order to stop quickly and quick stopping may cause the semi to skid and lose control. Studies have shown that drivers going only 10 miles an hour over the posted speed limit increases their risk of jackknifing by about 49 percent.

Anything that causes it difficult to drive will increase the risk of the driver losing control of the truck and causing a jackknife accident. Wet roads can reduce traction, which may cause a shift in the weight of the truck and cause the cab and trailer to slide. Studies have shown that there is a significantly higher risk of a jackknife accident occurring during inclement weather.

It is common for a commercial truck driver to spend excessively long hours over the road; many drivers’ average about 3000 miles each week. Unfortunately, these long hours on the road can lead to driver fatigue and distracted driving. Fatigue is similar to driving while intoxicated, in that it lowers the driver’s reaction time and significantly impairs judgment. Driving distractions are anything that prevents the driver from having both eyes on the road while driving, such as texting.

Driving a commercial truck requires a commercial driver’s license. In order to get a commercial driver’s license, the person must pass a number of skills and knowledge tests, which cover basic vehicle control, pre-trip vehicle inspection, and on-road operations. However, in most situations after passing the test there are no additional requirements for additional or ongoing training. The lack of proper training can lead to new, inexperienced drivers panicking when faced with an unexpected hazard, which may cause a jackknife accident.

The heavier the load is that the driver is carrying; the less risk there is of the truck jackknifing. An increase in weight in the trailer helps the trailer remain stable and reduce skidding. However, a heavy load may increase the risk of a rollover, especially if speeding around sharp curves or suddenly stopping. An empty load doesn’t provide the weight required for traction, which increases the risk of jackknifing accidents.

A jackknife accident is especially dangerous because there is a risk of the driver being injured as well as nearby vehicles. A truck spinning out of control and blocking lanes on the highway increases the risk of other drivers crashing into the truck. Given the sheer size of a semi-truck and trailer, the likelihood of injuries from high-speed crashes can be traumatic, even life-threatening. If you have been injured in a jackknife accident, seek medical attention immediately and contact a personal injury attorney for recommendations on how to proceed.

How Much Does a Courtroom Interpreter Make?

What are the Benefits of Hiring a Personal Injury Lawyer?

What You Should Know About Hotel Injuries and Related Claims

What You Should Do After a Car Accident