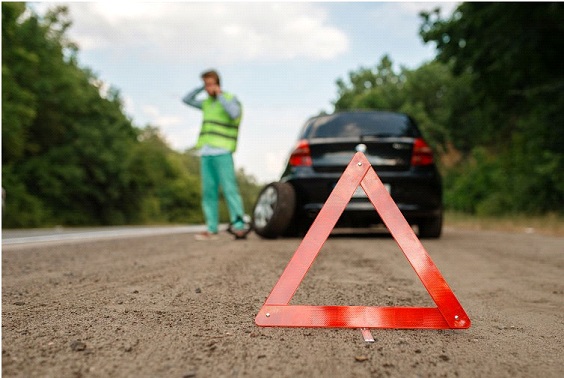 Who Is To Blame In A Crash While Changing Lanes?

Drivers must navigate the roads safely and pay close attention to other vehicles in the vicinity. This is especially important when changing lanes; it is all too easy for a driver to have a lapse in judgment or concentration in which they move to another lane and collide with another vehicle.

Just because changing lanes is a standard maneuver on the road does not mean that drivers should take it lightly. Changing lanes can be risky, especially when there is a lot of traffic on the road.

If you are injured in an accident that involves vehicles that are changing lanes, it can be difficult to determine who may be at fault. Click here to contact Philadelphia Auto accident lawyer for immediate advice and assistance.

The Importance Of Determining Liability In Automobile Accidents

A common type of motor vehicle collision occurs during or immediately after a lane change. To determine who is at fault in a lane-change collision, one must investigate the drivers’ behavior and the road’s condition at the time of the incident.

If you or a loved one were involved in a collision and want to file a claim for compensation, you must first determine who or what may have caused the accident. Most states allow individuals to sue for compensation if the other driver was entirely at fault or if both drivers were partially at fault.

If you are injured as a result of someone else’s negligence, you have three options for recovering your losses, depending on the laws where you live and the circumstances surrounding the accident:

Identifying which party was liable for the accident is a critical step to take before embarking on any of the three legal paths listed above. While there may be some exceptions, it would be very difficult to begin the process until you know who caused the accident.

For example, in a lane-change accident, the responsible party is typically the driver who changed lanes negligently just before the crash. However, things can become complicated at times. For example, proving liability may be complex if both you and the other driver changed lanes to avoid a taxi accident in the lane ahead.

When it comes time to prove your case, you must demonstrate that the other driver’s negligent actions resulted in a breach of their duty of care as a driver, causing your accident and subsequent damages.

If you or a loved one has been injured in a lane-change collision, our auto accident lawyer in philadelphia can guide you through the process.

Most lane-change collisions are the result of carelessness. Some of the negligent acts that can cause such incidents may include:

The merging driver has the responsibility to ensure that they can make a lane change safely before doing so. If the driver merges without first identifying that it is safe to do so and causes a collision, they may be responsible for the injuries that other accident victims sustained.

Both drivers might be partially liable for the damages if neither driver had a safe opportunity to make the lane change. If the insurance company believes you were at fault, it may deny your claim. If you file a lawsuit and you are in a jurisdiction where pure comparative negligence laws apply, your award will be reduced by the amount of liability you share.

You Can Use Evidence to Support Your Claim

This may include obtaining and analyzing the police report, which can reveal who the police officer identified as being responsible for the accident and why.

Furthermore, other examples of proof that you and your attorney can use to support your claim include:

Could There Be Joint Liability?

Drivers in Pennsylvania have the option to opt into or out of the no-fault insurance system. Drivers who use the no-fault system will generally seek compensation for a lane-change accident through their own insurance carrier, regardless of who caused the incident. Drivers who choose the traditional fault-based system, on the other hand, must be aware of comparative negligence.

Speak With a Professional for Assistance

If another driver’s negligence caused your lane-change auto accident, you should contact a skilled personal injury attorney right away. Personal injury lawyers can review your case and advise you about the legal options available to you.

How to Hire a Criminal Lawyer?

What’s the Worth of My Personal Injury Case?